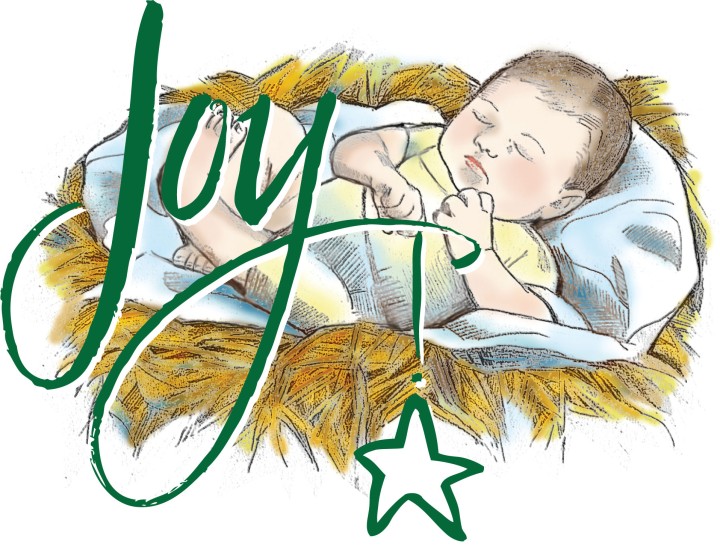 Picture yourself for a moment on a clear, moonless summer night out in the country away from all the city lights.  You are lying on your back in the grass looking up at the stars and there are a lot of stars.  It is incredible.  You can see airplanes 30,000 feet away and satellites 22,000 miles away and the North Star 433 light years away.  You can see constellations and the Milky Way and you see an occasional shooting star.  In moments like this you almost cannot help but to contemplate God.  God created all of this.  God created the heavens and the earth.  God created you and all people.  There is no way this all came about by random chance.  God is amazing.  God is truly awesome.  The vastness of the stars in the night sky gives a faint glimpse of the limitlessness of the eternal God.

When you think about God, what words come to mind?  I asked this question at school chapel on Wednesday.  Answers came back such as, “All powerful, all knowing, present everywhere.  God is awesome.  God is frightening.  God brings fear and trembling.  God is righteous and just.  Moses and Elijah learned that God’s glory is so great that you cannot look upon Him or you would die.

God is the one who created the heavens and earth with just His Word. God caused a global flood to wipe out evil.  God sent plagues on the Egyptians and made the Red Sea separate to save the Israelites.  God is powerful.

God is righteous and awesome.  God is fearsome and incomprehensible.  God is omniscient and omnipresent and all powerful.  As you ponder about God it is hard to understand His Divinity; difficult to comprehend that kind of power, impossible to fathom that God is eternal; without beginning or end.  It is easy to become overwhelmed by the awesomeness of God.

Just imagine that.  The all-knowing, all-powerful God coming to earth to be like one of us?  The authority and understanding of the entire universe coming to earth.  How would He come?  What kind of entrance would the awesome, almighty God need to make?  Maybe he would descend in a flaming chariot accompanied by an army of angels bearing swords to destroy anyone who gets in His way.  Maybe He would enter into our world like a conquering king in all his glory and might.  Maybe He would come with an elaborate spectacle of lightning and thunder and great clouds and wind and in the midst of this tremendous weather display God would appear and reign over the people as a great king ruling his domain from a colossal golden throne.  Maybe there would be huge marching bands and fireworks and fighter jet flyovers and lots and lots of pomp and ceremony.  Almighty, awesome God coming to earth to be… God with us.

If only He could be one of us.  Be God with us.  What would it be like?

God comes to be God with us in a most surprising way.  God comes as a helpless little baby born to simple parents.  He is born to parents who have been forced to travel far from home because the Roman Emperor wants to count all his subjects so he can better tax them.  The baby is born, subject to Roman authority, far from home with no proper bed.  God comes to us as a newborn baby wrapped up tightly and laid in an animal’s feed trough.

Where is the flaming chariot?  Where is the fighter jet flyover?  Where is the golden throne?  What kind of God is this that comes in this utterly simple way?  What do we learn about God from this far-from-majestic entry into the world?  There is a lot to learn.

That’s why you are here this evening, 2,000 some years afterwards, gathering on this night to remember and celebrate this baby boy born in Bethlehem.  Because you know some of the lessons learned from this baby’s birth.  You know the secret about who this baby is.  This baby, lying in a manger, is Christ the Lord.  And it isn’t much of a secret really.  For even though baby Jesus, God in flesh, God incarnate, did not come with a flaming chariot and a fighter jet flyover he did have an army of angels.

Luke 2:8-14 (ESV) 8 And in the same region there were shepherds out in the field, keeping watch over their flock by night. 9 And an angel of the Lord appeared to them, and the glory of the Lord shone around them, and they were filled with fear. 10 And the angel said to them, “Fear not, for behold, I bring you good news of a great joy that will be for all the people. 11 For unto you is born this day in the city of David a Savior, who is Christ the Lord. 12 And this will be a sign for you: you will find a baby wrapped in swaddling cloths and lying in a manger.” 13 And suddenly there was with the angel a multitude of the heavenly host praising God and saying, 14 “Glory to God in the highest, and on earth peace among those with whom he is pleased!”[1]

But if you look around you see that the army of angels is not at the Temple.  They are not at Herod’s palace or the House of Caesar Augustus in Rome.  The angels seem to have missed their mark for they are out in a field with sheep and a handful of shepherds.

What kind of God is this that announces His arrival with an army of angels, but announces it to shepherds in the fields?

Now, the setting for this announcement does bring a lot of things to mind.  The shepherds are in the fields outside of Bethlehem.  These are quite possibly the same fields where young David was a shepherd boy 1,000 years earlier.  David was the shepherd king and now there is a new shepherd king born in the city of David to a descendent of King David.

What an amazing contrast.  The shepherds receive this grand announcement from the angels about the birth of the Savior, Christ the Lord.  But what are they told to look for?  A baby, wrapped in swaddling cloths and lying in a manger.  What a contrast?  How strange?  What kind of God is this?  It is a God who understands your trouble.

Life in this world is hard.  This supposedly happy time of year is, for so many, not so happy.  Life is a struggle.  There is sickness and suffering and evil and death.  There are personal battles against sin and addiction.  That same stupid sin that you promised God you would never do again keeps finding its way back into your life.  You are a natural born sinner and sin comes to you far too easily.  Life in this human flesh is not an easy life for anyone.  And yet into this struggling human flesh Jesus enters.  Jesus takes on this flesh only He is without sin.  He will offer Himself as the spotless Lamb of God.

This is our awesome, amazing, powerful God veiled in the flesh of a Jewish infant; the humble savior, the suffering servant, God in flesh who is destined for humiliation, anguish and death on the cross for your sins.  Jesus comes as that baby in Bethlehem in love and service to you.  He saves you by His Word, “I baptize you in the name of the Father and of the Son and of the Holy Spirit,” and “I forgive you all your sins.”  He feeds you with His body and blood in the bread and wine of Holy Communion.  What kind of God is this… who does His saving work with words, water, bread and wine?  It is the kind of God that comes to earth and chooses a manger and a cross.

God indeed has come to earth to be one of us.  Jesus is the Word.  We are very familiar with the Christmas story from Matthew and Luke.  This is the Christmas story from the Gospel of John.  John 1:1-4 (ESV) 1 In the beginning was the Word, and the Word was with God, and the Word was God. 2 He was in the beginning with God. 3 All things were made through him, and without him was not any thing made that was made. 4 In him was life, and the life was the light of men.  John 1:14 (ESV) 14 And the Word became flesh and dwelt among us, and we have seen his glory, glory as of the only Son from the Father, full of grace and truth.[2]

The word became flesh and dwelt among us.  You know God the Father through Jesus; God with us; Immanuel.  You know Jesus through faith worked in you by the Holy Spirit.

And so, as a redeemed child of God washed in the waters of baptism, live your life in love and service, fight the good fight, keep the faith, keep spiritually awake and keep watch for Jesus coming again on the last day with great power and glory.  Tonight we celebrate God coming to earth in a most unexpected way. O come, O come Immanuel.  God with us.  Amen.