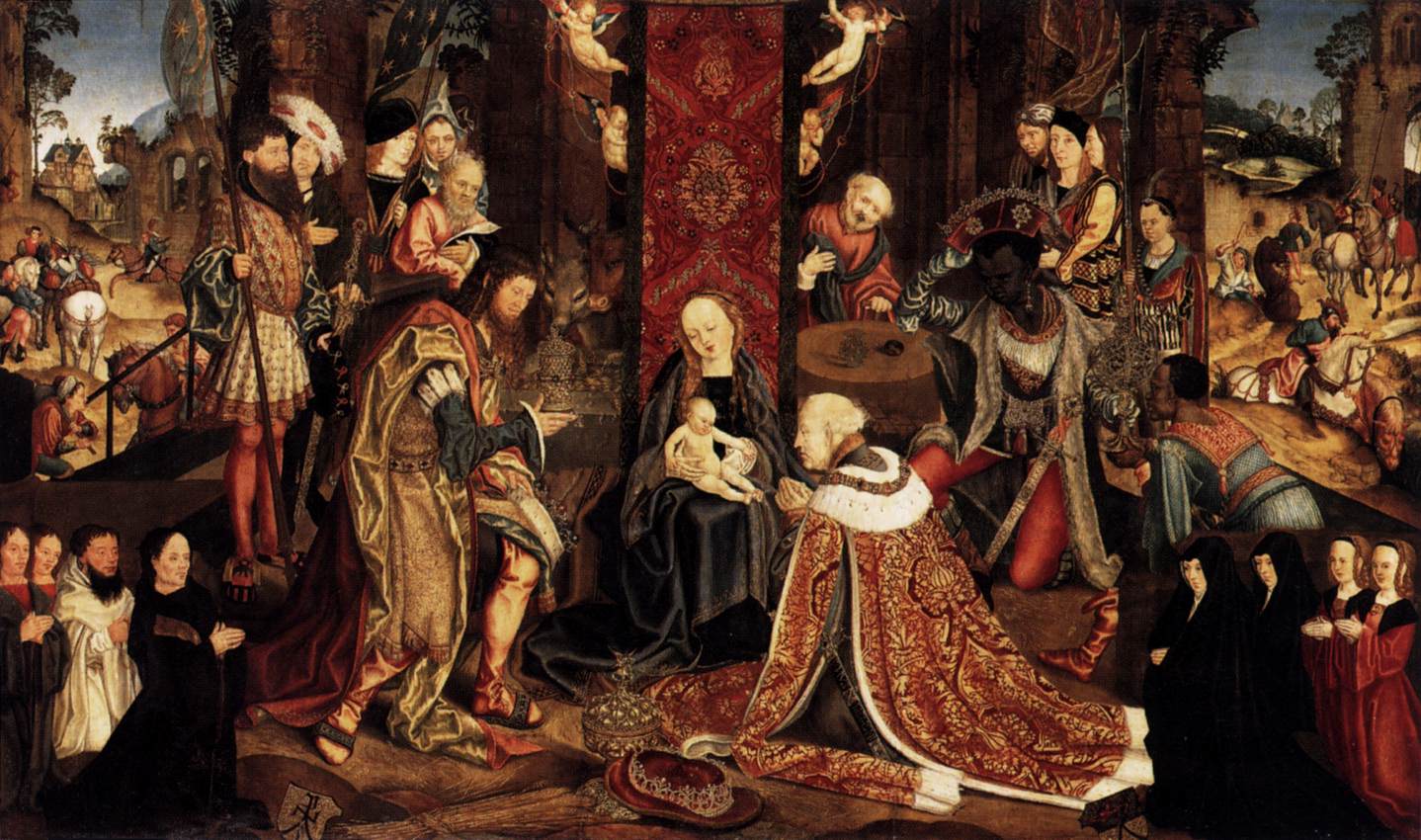 Today is January 6.  It is Epiphany; the end of the 12 days of Christmas.  It is the day we remember the magi from the east coming to visit baby Jesus in Bethlehem.  Today we celebrate that Jesus came not just for the Jews but also for us Gentiles.  In our Gospel reading this morning we hear about the magi and Herod the Great and the scribes and chief priests and Mary, Joseph and the infant Jesus.  This is a familiar text but sometimes in the familiar texts there is a temptation to tune out and not dig into the details.  This text has so much going on and so many kings.

We have King Herod who is King of Judea.  He lives in the palace in the capital city of Jerusalem.  He has lots of advisors and servants and soldiers at his disposal.

King Herod the Great was a shrewd politician who served at the pleasure of the Roman Emperor.  Herod was first allied with the Roman politician Mark Antony who was a supporter of Julius Caesar.  Antony married Octavian’s sister but still carried on a love affair with Cleopatra which caused Antony to lose power as Octavian becomes emperor.  Octavian is then known as Caesar Augustus who we hear about in the Christmas readings.  Herod had to do some tricky maneuvering to move from being allied with Mark Antony to being accepted by Octavian.  Herod was called king, but he is just a vassal for the Roman emperor and he had to work hard to please the right people.  He was also always on the lookout for threats to his power and authority and many times resorted to murdering his enemies and even family members in order to hold onto his throne.  What kind of king is this?

Then we have the visitors from the east.  The wise men, the magi, the three kings.  These mysterious figures have perplexed Biblical scholars since they showed up in Jerusalem.  We know the song, “We three kings of Orient are….”  Epiphany is called Three Kings Day among Hispanic cultures.  In Germany people still write the three letters C, M and B over their doorways for the traditional names of the three magi, Casper, Melchoir, and Balthasar.  Children dress up as kings and carry a large star and go door to door caroling and singing a three kings song.

Magi?  Sages?  Wise men?  Kings?  We really don’t know too much about these folks.  The idea of them being kings comes from Psalm 72:10, “may the kings of Sheba and Seba bring gifts.”  We sing “We three kings,” but we aren’t really sure there are three of them, just that three types of gifts were brought.  We don’t know where they come from.  Maybe modern day Iraq, or Iran, or India, or somewhere else.  We call them the wise men, but they apparently weren’t too wise because instead of going to Bethlehem, they miss it by six miles and go to Jerusalem where they alert blood-thirsty Herod that there was someone else claiming to be king of the Jews.  Herod then tries to use the magi to locate the newborn king and report back so Herod could go and “worship” Him…with his sword.  The three kings, the wise men, the magi, whatever we call them, are, to this day, mysterious characters.  They are surely Gentiles, non-Jews, and we rejoice that Jesus has come for all people, including us.  We celebrate that Jesus is not only King of the Jews, but King of all.

Jesus’ birth is marked by the appearance of an unusual star and these magi from the east follow that star to find the king they seek after so they can give Him gifts and worship Him.  The ones called the three kings believe they are worshipping a king, but what kind of king?  They bring gifts fit for an earthly king to the infant Jesus but do they know that they present them to the infinite God almighty in the finite flesh of a child.  We do not know if they realize as they bow down to worship that they are worshipping at the feet of God.

Kings. Kings everywhere, but only one has true power.  And it is the one you least expect.  It is not Herod the Great.  It is not the mysterious sages from the east.  It is the little boy in Bethlehem no more than a year or so old.

The baby Jesus is the one with the real power and authority, but it is present in such an unlikely person and it is the unlikely people who seem to be the only ones who recognize it. On the night of Jesus’ birth it is announced to unlikely shepherds.  The shepherds come and see Jesus and return to their sheep “glorifying and praising God for all they had seen and heard, as it had been told them.”

A star appears and reveals the birth of Jesus to the unlikely magi; the astrological wizards from the east.  They follow the star seeking the one born king of the Jews.  They may not fully understand who Jesus is, but they do come to worship Him.

Herod the Great learns about the birth of Jesus from the magi.  Herod is an unlikely person to care about the birth of a child in the little town of Bethlehem.  And yet, while he does not fully recognize who this child is, He believes the birth to be significant enough to be a potential threat to his throne and Herod tries to have the baby boy assassinated.

Kings. Kings everywhere, but only one has true power.  And it is the one you least expect.  It is not Herod the Great.  It is not the mysterious sages from the east.  It is the little boy in Bethlehem no more than a year or so old.

The likely people to care about this baby born king of the Jews would be the religious leaders in Jerusalem; they should certainly understand.  But they don’t.  The Chief Priest and the Scribes should recognize the greatness of the coming messiah, but they ignore him.  When called on by Herod to consult, they relate what the scriptures say about where the Messiah is to be born, but they don’t go along with the magi to worship the newborn king.

The can recite the scriptures, but they are not interested in the possible coming of the Messiah.  They know the words of scripture but they don’t really believe them, and so they do not go to Bethlehem.

There are a lot of folks today who claim to be Christian and can even recite scriptures, but they don’t know Jesus.  They are far from Bethlehem.  There are many who use the Bible just as a tool to get what they want or justify their actions.  Politicians on the right and the left like to cherry pick Bible verses to try to show God is on their side; regardless of the issue.

There are a lot of people who have heard about Jesus, but do not recognize who Jesus is. They know the words of the Bible, but reject the Christ. They are far away from Bethlehem.  There are a lot of very smart people who believe they know better than God.  They have God’s Word given to them, but they demand to take authority over God’s Word.  They will determine what is right and wrong for themselves.  They try to usurp authority from God so they can be in charge.  We see this in people rejecting anything in the Bible that is contrary to their own desires and we see it in people taking authority over life and death.  We see this clearly in our nation’s horrible practice of abortion on demand.  God creates life in the union of a man and a woman and people are adamant that they have authority to end that life because it threatens the parents’ position in life.  We are tempted to be like King Herod who believed it to be appropriate to try to kill a baby if the baby was a threat to his power.  But we do not have that authority.  We do not have the authority to make our own rules; we do not have authority to take a human life.  We are not king.

The unlikely king is the one who does not act like a king.  Jesus does not order others to be killed to protect His throne.  Instead He takes His throne on the cross to sacrifice Himself to save others.  To save you.  Jesus is the unlikely king.  Amen.