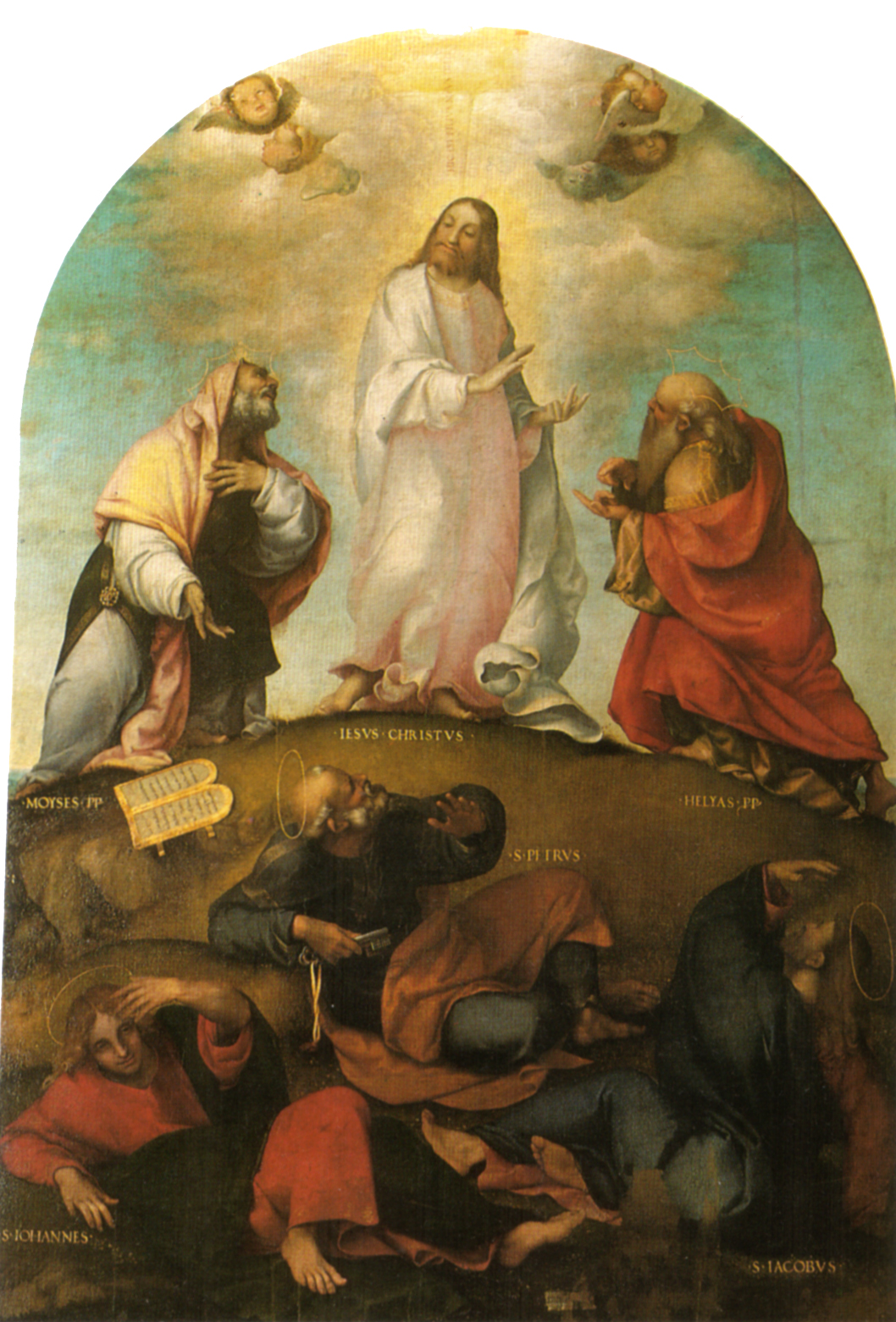 Epiphany is about revealing who Jesus really is.  We began Epiphany on January 6 with the mysterious magi coming from the East to worship the infant Jesus, showing us that Jesus came not only for the Jews, but also for the Gentiles.  Then we had the baptism of Jesus where the heavens are opened and God the Father declares to Jesus, “You are my beloved Son; with you I am well pleased.”

Throughout the season after Epiphany we see Jesus revealing His true identity to the people through a series of miracles and teachings.  Jesus is showing people that He is God in flesh; God with us.

Jesus arrives on the scene as a baby born in Bethlehem and begins His ministry 30 years later at His baptism in Jordan River.  Epiphany is focused on Jesus’ arrival and on His identity…until today.  Today, on Transfiguration, Jesus divine glory shines through and He talks about His departure.  That is a big change.  Something is happening.

The culmination of Epiphany is today, the Sunday of Transfiguration.  In today’s Gospel reading we follow Jesus, along with Peter, James and John up a mountain where Jesus reveals even more about His identity.  Jesus brings the three to the top of the mountain to pray.  Luke 9:29-31 (ESV) 29 And as he was praying, the appearance of his face was altered, and his clothing became dazzling white. 30 And behold, two men were talking with him, Moses and Elijah, 31 who appeared in glory and spoke of his departure, which he was about to accomplish at Jerusalem.[1]

We hear about the Transfiguration in Matthew and Mark, but only in Luke do we hear about what Moses, Elijah and Jesus are talking about.  Jesus is speaking about his departure which will happen in Jerusalem.  Jesus has just told the disciples, Luke 9:22 (ESV) 22 … “The Son of Man must suffer many things and be rejected by the elders and chief priests and scribes, and be killed, and on the third day be raised.” [2]

Jesus has started telling His disciples about what is going to happen in Jerusalem.  Now He is discussing His departure with Elijah and Moses who have appeared with Him on the Mount of Transfiguration.  Jesus is shining brightly; Moses and Elijah are there talking with Jesus.  The scene is surreal.  What are they saying?  What are they saying about His departure?  We will not know the content of their conversation this side of eternity, but we can imagine what Jesus is saying about his departure.

Perhaps Jesus is talking about all He is going to face with His arrest, torture and crucifixion.  Perhaps about how the disciples will all abandon Him, even these three that are witnessing this miraculous transfiguration.  Maybe He is speaking about why He is going to Jerusalem to be mistreated and executed; because He loves the creation; He loves all the people; He longs to restore all things.  Maybe He is telling Moses and Elijah that by Jesus’ death on the cross, death will forever be conquered.  Maybe Jesus is letting Moses and Elijah see their parts in the larger story of salvation for the world.  Perhaps Jesus is speaking to the two prophets of old about how His departure would affect our departure.

Jesus is speaking about His departure.  I think we often do not think about our departure.  Unless you have been diagnosed with a terminal illness, thinking about your departure is something you try to avoid.  You try to avoid talk about our departure, but death keeps rearing its ugly head in this life.  Every new ache and pain and prescription leads you to know that your body is slowly breaking down and death is approaching.  You live in the valley of the shadow of death.

Jesus knows that His departure in Jerusalem on that terrible Friday is not a permanent departure; He will rise again on the third day.  Jesus then departs again 40 days later on Ascension Day.  But that departure is also not permanent.  Jesus promises to return.

Because Jesus died and rose from the dead, you too will rise from the dead.  You will be raised up in a new imperishable body.  As St. Paul tells us in 1 Corinthians 15:50-56 (ESV) 50 I tell you this, brothers: flesh and blood cannot inherit the kingdom of God, nor does the perishable inherit the imperishable. 51 Behold! I tell you a mystery. We shall not all sleep, but we shall all be changed, 52 in a moment, in the twinkling of an eye, at the last trumpet. For the trumpet will sound, and the dead will be raised imperishable, and we shall be changed. 53 For this perishable body must put on the imperishable, and this mortal body must put on immortality. 54 When the perishable puts on the imperishable, and the mortal puts on immortality, then shall come to pass the saying that is written: “Death is swallowed up in victory.” 55 “O death, where is your victory? O death, where is your sting?” 56 The sting of death is sin, and the power of sin is the law.[3]

The transfiguration of Jesus is an amazing event that solidifies who Jesus is.  But it is Jesus’ departure that gives you comfort, peace and eternal hope.  Jesus’ rising from the dead proves that you will rise from the dead.  For all its apparent power, death will not win.  You will conquer death.  And that makes all the difference.  Amen.