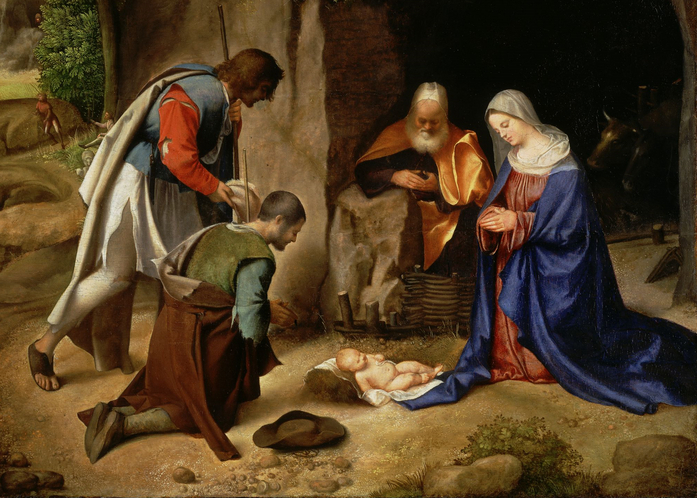 The Christmas story from Matthew does not make into many children’s Christmas programs.  It is a story of mysterious conception, unexpected pregnancy, shame, possible divorce, an angel, and a strong, silent man; Joseph.  It is a story of great faith, but it is not a cute story for children. Better for the kids to focus on shepherds and angels, the supposed uncaring innkeeper, and baby Jesus in the manger.  The wise men from the Gospel of Matthew may make their appearance in a Christmas program, but only the part about following the star and worshipping and giving gifts to baby Jesus, not the part about having to flee from the trickery of a homicidal king bent on infanticide.  Joseph’s story is kind of dark and pretty complicated for a children’s performance.

Matthew 1:18 (ESV) 18 Now the birth of Jesus Christ took place in this way. When his mother Mary had been betrothed to Joseph, before they came together she was found to be with child from the Holy Spirit.[1]

We don’t know too much of the details of what betrothal or engagement was like 2,000 years ago, but it seems that it is a serious agreement between two families for their children to get married once they are of age.  It is likely a binding contract between clans that is not easily undone by anyone involved.

And so we are introduced to Joseph.  Now, Joseph is a good guy.  He is waiting for his fiancée, Mary, to be ready to get married.  We can be pretty certain that Joseph is looking forward to his wedding day when he will leave his father and mother and be united to his wife and the two will become one flesh.  Joseph and Mary will wed and the two of them will join the ranks of the respectable couples in town.  They will get to fully enter adulthood.  They will build a house of their own and raise a family together.  They will be fruitful and multiply, raise their children and grow old together.  It will be wonderful.

Joseph has an expectation of what life will be like with Mary, and then, all at once, that bubble of expectation is burst because Mary is expecting.  She is pregnant.  That’s all that Joseph knows, but that is enough.  Joseph is a good guy and he knows for sure it is not his baby and his planned future life with Mary evaporates in an instant.

Mary has brought great shame upon herself, and by extension, she has brought great shame upon Joseph.  Folks love juicy gossip.  The word of Mary’s pregnancy will spread quickly through Nazareth and the surrounding area.  Everyone in town knows they are betrothed and people will either believe that Joseph was with Mary before the wedding, or that Mary spurned Joseph and was sneaking around with someone else.  Joseph is either a cad, or some kind of wimp whose fiancée rejects him for another.  Mary was the one chosen for Joseph…there may not be another.

Joseph’s anger at Mary could be boiling over.  He could make a huge stink about this pregnancy and call Mary out in public.  He could amplify her shame at what she has done.  But Joseph is not going to do that.  Joseph is a good guy and he isn’t going to try to hurt Mary, but instead will break off their engagement quietly and he will go off by himself to lick his wounds and try to avoid the disapproving looks from others.

It is then that a messenger from God comes to Joseph in a dream.  I have never had an angel of the Lord appear to me in a dream so I don’t know exactly how that works, but apparently it is very clear. The angel brings a message from God. Matthew 1:20-21 (ESV) 20 … “Joseph, son of David, do not fear to take Mary as your wife, for that which is conceived in her is from the Holy Spirit. 21 She will bear a son, and you shall call his name Jesus, for he will save his people from their sins.”[2]

Joseph has received the earth-shattering news that Mary is pregnant, now his world is rocked even further by this message from the angel.  The angel brings instructions from the Lord that Joseph is to care for Mary and this miracle baby.  We often talk about what great faith Mary has when Gabriel tells her what is happening, but Joseph also has great faith.  He hears the message from the Lord and he does what he is told to do. No questions asked.

Joseph takes Mary as his wife.  Taking pregnant Mary as his wife means that Joseph is covering her perceived shame.  From the outside it will look like Joseph was a cad who could not wait until his wedding night; the shame will be on him. Joseph willingly takes that shame upon himself in order to protect Mary because that is what God told him to do. This is a wonderful picture of Jesus taking your shame upon Himself; Jesus covering your shame and declaring you to be innocent.

The angel tells Joseph, this descendant of King David, what to name the baby. Matthew 1:21 (ESV)21 She will bear a son, and you shall call his name Jesus, for he will save his people from their sins.”[3] Jesus, ihsous, in Greek, Yeshua in Hebrew, Ye from YHWH, God’s name, I am who I am, and Shua meaning to save. Jesus means, YHWH saves, because He is YHWH and He will save His people from their sins.  In English we say Jesus from the Greek or Joshua from the Hebrew.

Joseph likely does not understand all the implications of this name.  This will unfold once Jesus begins His ministry in 30 years.  Jesus tells what will happen in Jerusalem.  Jesus expands salvation to not just the Jews but also to the Gentiles, the nations.  Savior of the Nations, come.

Now, naming a baby can be an exciting, fun thing to do for expecting parents.  When Olivia and Jaan Pirn were expecting last year I very much encouraged them to use the name “Fern”.  I thought it would be funny; they thought better and named Paavo after a Finnish runner.

Jesus’ name is not funny at all.  It is deadly serious.  This cute little baby boy born in Bethlehem is given a name that points Him to the cross of Calvary six miles away.  YHWH saves is a death sentence.  Joseph is told that his stepson will save the people of Israel from their sins.

Joseph likely does not understand all the implications of this name.  This will unfold once Jesus begins His ministry in 30 years.  Jesus tells what will happen in Jerusalem.  Jesus expands salvation to not just the Jews but also to the Gentiles, the nations.  Savior of the Nations, come.

The Christmas story in the Gospel of Matthew is an amazing story of the faith of Joseph.  He is, indeed, the strong, silent type.  Joseph never speaks in the Biblical accounts.  He receives instruction from the Lord and He obeys; again and again.  He does what God tells him to do.  He loves and protects Jesus and Mary.

Today we remember and honor and celebrate the quiet nativity figure standing there at Mary’s side, keeping watch over baby Jesus.  I pray that Joseph’s example encourages you to know who you are in Christ and to cling to the promises of God and fulfill your vocations given you by God.  Be encouraged to do what you have been given to do in life; duties both expected and unexpected, according to God’s will.  Do it because you are God’s child, living in the reign of heaven, waiting for Jesus to return.  Amen.